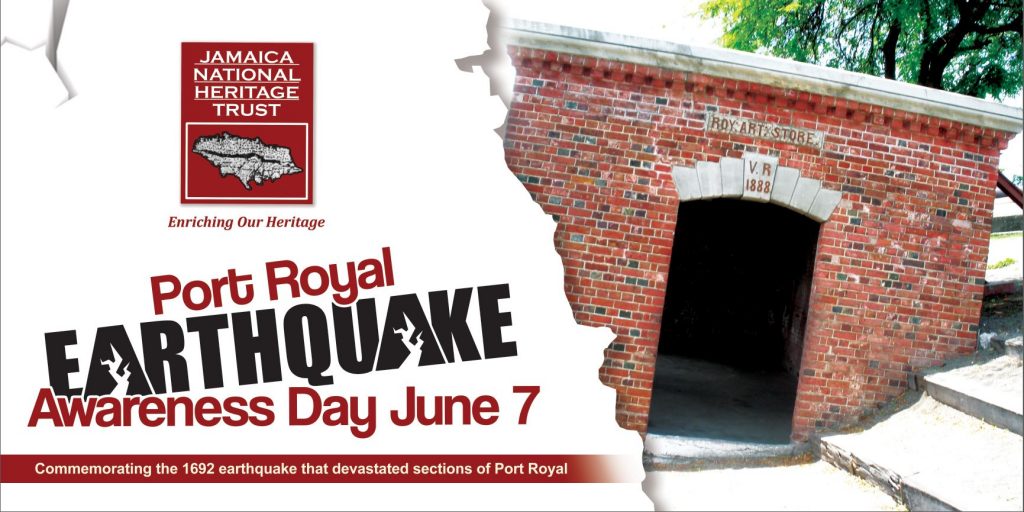 Port Royal and the 1692 Earthquake

As Jamaica’s economy grew and changed between 1655 and 1692, Port Royal grew faster than any town founded by the English in the New World, and it became the most economically important English port in the Americas. Piracy and Buccaneering became the centre of Port Royal’s economic livelihood. After 1670, the importance of Port Royal and Jamaica to England was increasingly due to trade in enslaved Africans, sugar, and raw materials.  It became the mercantile centre of the Caribbean, with vast amounts of goods flowing in and out of its harbour as part of an expansive trade network, which included trading and/or looting of coastal Spanish towns throughout Spanish America.

Port Royal changed on June 7, 1692, when a disastrous earthquake plunged about 33 acres (66%) of the town beneath the waters. Buildings were swallowed up, with brick structures suffering the most. The walls of some of these structures toppled downward and inward on to the rooms and floors, sealing the contents of each as if in a tomb. For over 300 years, the 17th century site of Port Royal lay relatively undisturbed. It is one of only a few such catastrophic archaeological sites known in the Americas.

Select a region to start exploring or search for a day out near you.